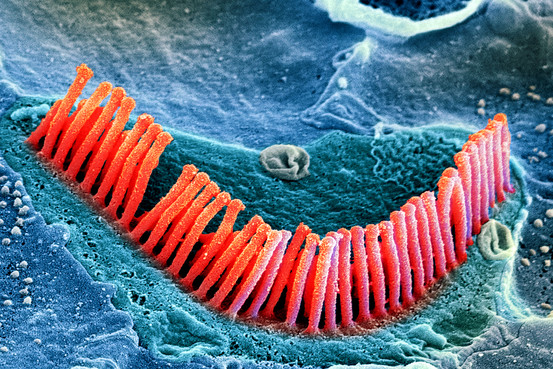 Scientists from the University of Southern California have made a fascinating discovery linked to the inner ear’s sensory cells and their ability to regenerate, which may help science edge closer to a medical solution to restoring lost hearing.

The inner ear contains two types of sensory cells, ‘hair’ cells that receive sound vibrations, and supporting cells that play various functional roles. When the hair cells are damaged due to wear and tear over time, or due to noise damage, they don’t regenerate, leading to permanent – or sensorineural – hearing loss.    The US scientists found that, for the first few days of life, the supporting cells in the inner ears of lab mice retained the ability to transform into hair cells. However, this was quickly lost in a matter of days. (It’s thought that this ability in humans is lost prior to birth.) However, the scientists were able to pinpoint chemicals that switched this ability on and off.

So it’s possible that, by using drugs and gene editing, we may be able to make supporting cells in adult humans’ inner ears retain the ability to transform into hair cells and restore lost hearing. And, in theory, a similar approach may even enable other tissues in organs like the kidneys and heart to regenerate. An exciting thought!